MORGAN HORSES IN THE CIVIL WAR

Upon the start of the Civil War in 1861, volunteers promptly signed up on both sides to defend their chosen beliefs. Horses were an essential component in the transport of cavalry troops, supplies, and artillery weapons throughout the war.

Morgan horses are known to have been used in both the Union and Confederate armies. Due to the quality of the Morgan horses and their physical attributes, they were in high demand. They were hardy and their thick winter coats enabled them to survive without shelter during bad weather, they were able to survive on scant forage, their resilient skin reduced saddle sores, and the Morgans were highly trainable and willing to please.

Rienzi (a.k.a. Winchester) – favored mount of Union General Philip Sheridan; a black gelding of Black Hawk lineage presented to Sheridan at Rienzi, MS in 1862 by an officer of the 2nd Michigan Cavalry; Rienzi was ridden in battle by Sheridan during the rest of the war

Old Clem – purchased in 1861 at 19 years of age by Colonel Lemuel Platt who organized the First Vermont Cavalry; lost hooves to foot rot in winter 1862-1863; wrenched a shoulder while being used by Phillip Ide in 1864 and sent to Giesboro Depot for recruit; seen in July 1864 by Ide when Old Clem was once again in the ranks

Clifton AMHR #457 – a son of Gifford Morgan that won walking races in New England in the 1850’s; apparently sold after 1857 to Dr. William Capeheart of North Carolina; Clifton was used by Capeheart, a surgeon, in the Army of Northern Virginia (CSA) until killed in action in March 1864

The following regiments of cavalry were mounted on Morgan horses when they were first organized. As the horses used in the Union army became casualties of the war, they were replaced by government-owned mounts which often varied widely in quality. Some troopers owned their horses at the start of the war, but the U.S. government later purchased these horses.

Confederate troopers supplied their own mounts and, unless their horse was killed in action, could not expect any financial assistance for replacements. They had to purchase a replacement, capture a replacement from the enemy, or become a member of the infantry (which most cavalrymen refused to do).

First Rhode Island Cavalry (USA) – the two New Hampshire battalions which were part of the original makeup of this unit were mounted on Morgans and French Canadian horses.

Fourth Virginia Cavalry, Company H (CSA) – also known as the Black Horse Cavalry or the Black Horse Troop; this unit created panic among the raw recruits of the Union army at the First Battle of Bull Run (or First Mannassas) which caused a humiliating rout.

First Vermont Cavalry (USA) – this regiment received shipments of more Vermont horses during the war; 200 of the original 1,200 Morgans used to mount this regiment survived the war.

“The mounts of the First Vermont Cavalry were decidedly the best I had ever seen. Everybody was attracted by them. I have heard both General Buford…and General Hatch…say that the mount of this regiment was the best in the army. Gen. Buford…also told me that he would as soon have this regiment of Vermont volunteer cavalry as a regiment of the regular army.”

‘The other day, a very fine horse being offered at the Inspection Ground, I bought him. He is a chestnut horse about 15 1/2 hands high, five years old, weighs between 1000 and 1100 and is pretty as a picture. He is of the Morgan breed, proud and high spirited, yet fearless. He will stand within four feet of a puffing locomotive and never thinks of being frightened. He is deep-chested and has very powerful and muscular limbs. Built for strength, speed and endurance. He has a very fine head and ears and a neck that might serve as a model in painting. In fact, he is a prince among horses, and I doubt not that I shall be envied my treasure when I rejoin my regiment. I ride him a little every day and enjoy it hugely. It seems good to be once more in the saddle. On the street his proud bearing attracts much attention and the rascal gets more admiring glances than his rider.’

“[Dad] fought in the Civil War and saw a lot of that company from Vermont that had all the Morgan horses. Dad was with the artillery. Six horses were needed to pull each big piece of equipment and Dad got two of those Vermont Morgans for his lead team. He sure thought a lot of them and according to him there wasn’t anything they couldn’t do. They were constantly in demand to move pieces of artillery that were mired and other teams had failed to move.”

– A.G. Maier speaking of his father and his Morgan horses in 1950

Compiled by: Elizabeth A. Curler 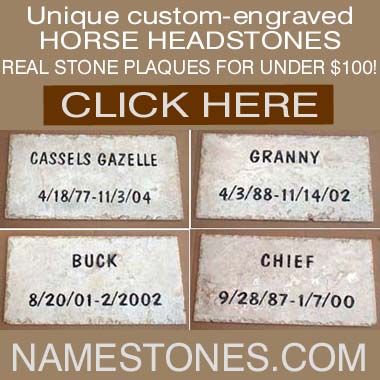